NEWS-G Makes the voyage to SNOLAB!

Ten teams from five countries contributed the expertise to build the three main components of the dark matter detection device NEWS-G (New Experiments with Spheres – Gas). The components began their international journey earlier this fall and are arriving in Canada to be installed 2 km below the surface in SNOLAB at the Vale Canada Creighton mine near Sudbury. 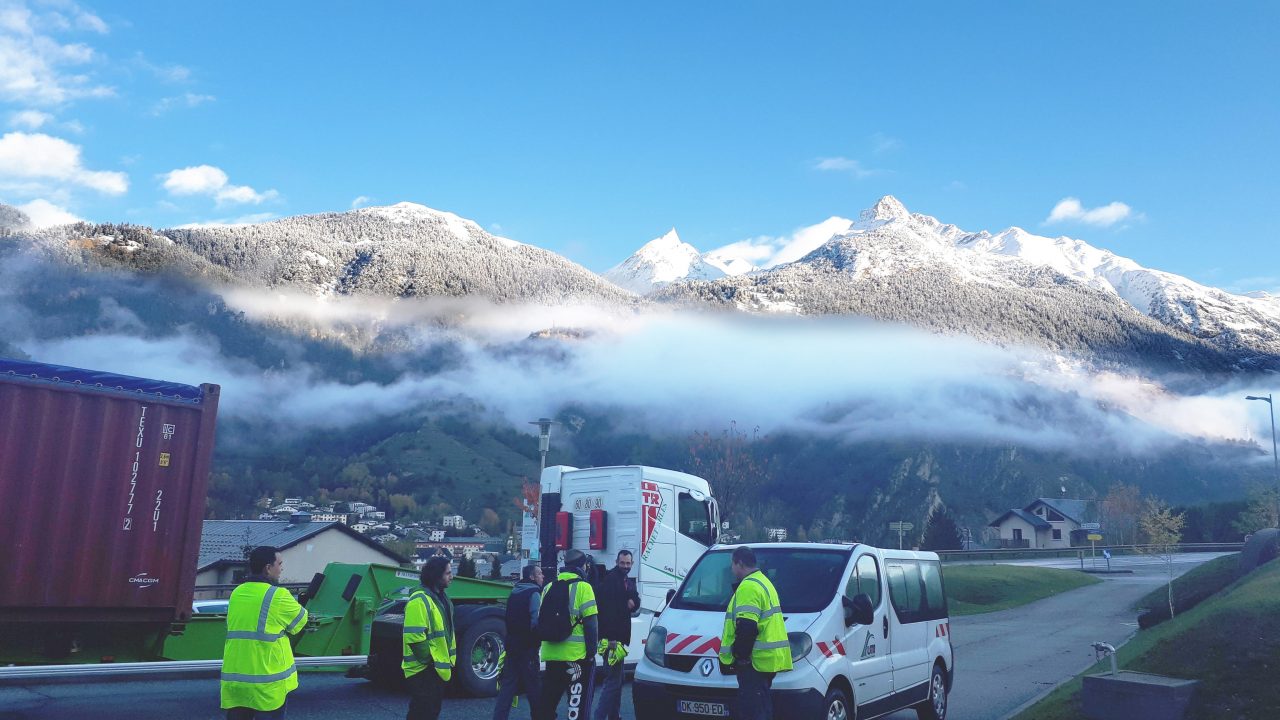 Human contributions to NEWS-G began 2,000 years ago with the sinking of a Roman Ship off the British Isles. The ship was carrying more than 20 tonnes of lead, either as cargo or as part of the infrastructure itself. For reasons unknown, the ship sank on its way back to Rome, descending into the depths of the Atlantic Ocean. Throughout the next two millennia, the sunken lead’s radioactive signature, relative to unmined ores, dropped with natural decay. The ship remained undiscovered until the 1980s when a group of researchers uncovered the Roman relics. After the archeologists completed an analysis of the wreckage, a surplus amount of lead remained. With some negotiation, a portion of the archeological lead was brought to Modane Underground Laboratory (LSM) in France’s portion of the Fréjus road tunnel to Italy.

Over a year-long testing period, the lead met the anticipated threshold for low radioactivity “Roman lead.” The lead provided an essential protective-shielding layer to the NEWS-G device. The French team combined the Roman lead with a second layer of high-purity modern lead to produce a precise shield structure. This finished lead shield was brought to LSM to be mounted around the spherical copper detector. 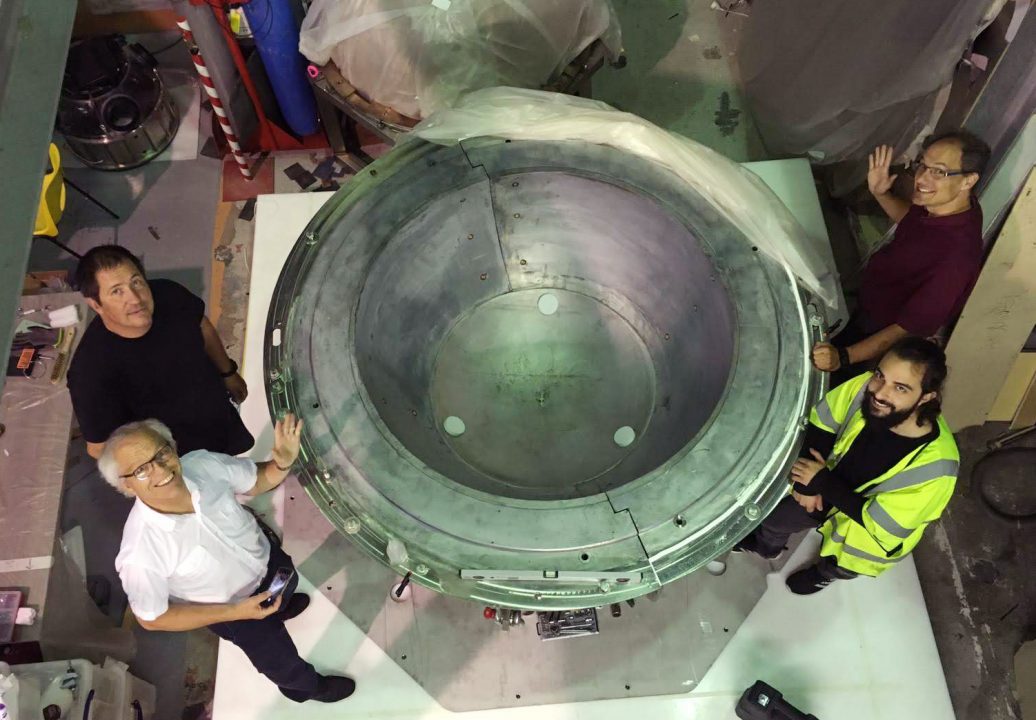 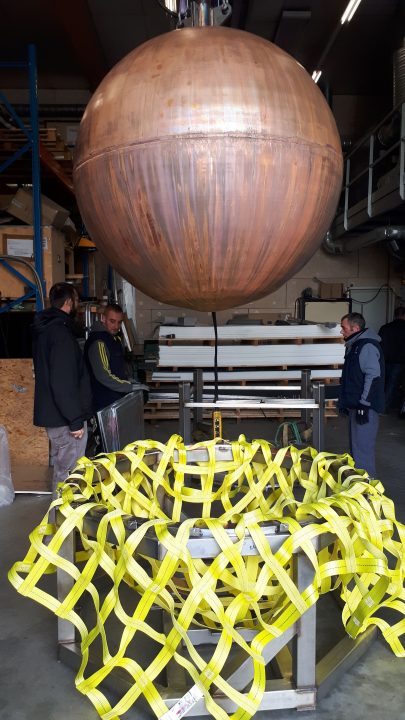 In Germany, two large plates of high purity copper were waiting to become the inner sphere of the device. After receiving the plates, the NEWS-G team had a limited amount of time to allow for the copper to stay above ground (two months). Exposure to cosmic rays on the Earth’s surface would otherwise turn copper (and other materials) slightly radioactive through cosmogenic activation. The copper plates were stored underground to reduce this effect. Fabricating the copper sphere required the use of a spinning process that produced two base-material hemispheres. To protect the copper hemispheres from radioactive contamination, an electroplating process applied a 0.5 mm thick layer of extremely pure copper to the interior of the sphere. After welding the two electroplated hemispheres together, the sphere underwent an acidic etching process to remove a layer of a few microns thickness from the interior to remove residual contamination from exposure to air.

With the help of the University of Alberta, the last major component, an exterior shield constructed from industrial plastic, was created. The PE shield acts to block neutrons from environment of the underground lab. The shield was equipped with a seismic platform. 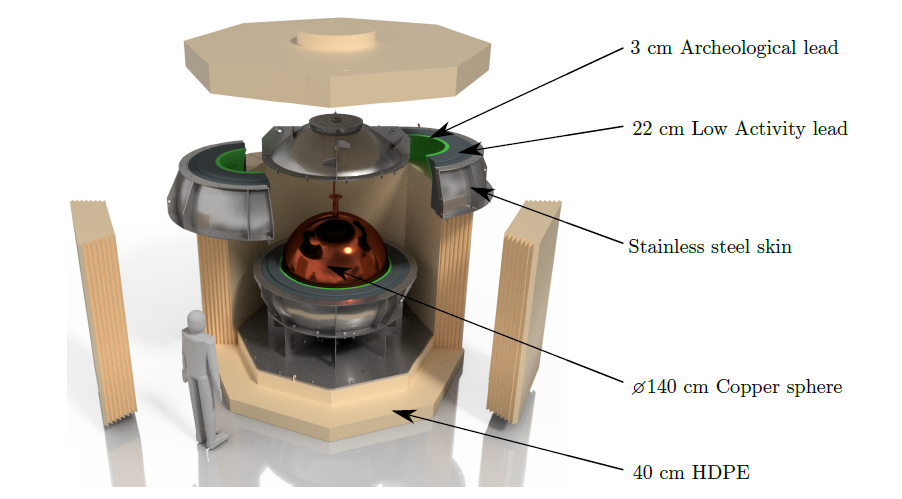 Both the copper sphere and lead shield made their voyage across the ocean, landing in Montreal. The final assembly of this long-awaited device at SNOLAB is planned to occur in December 2019. 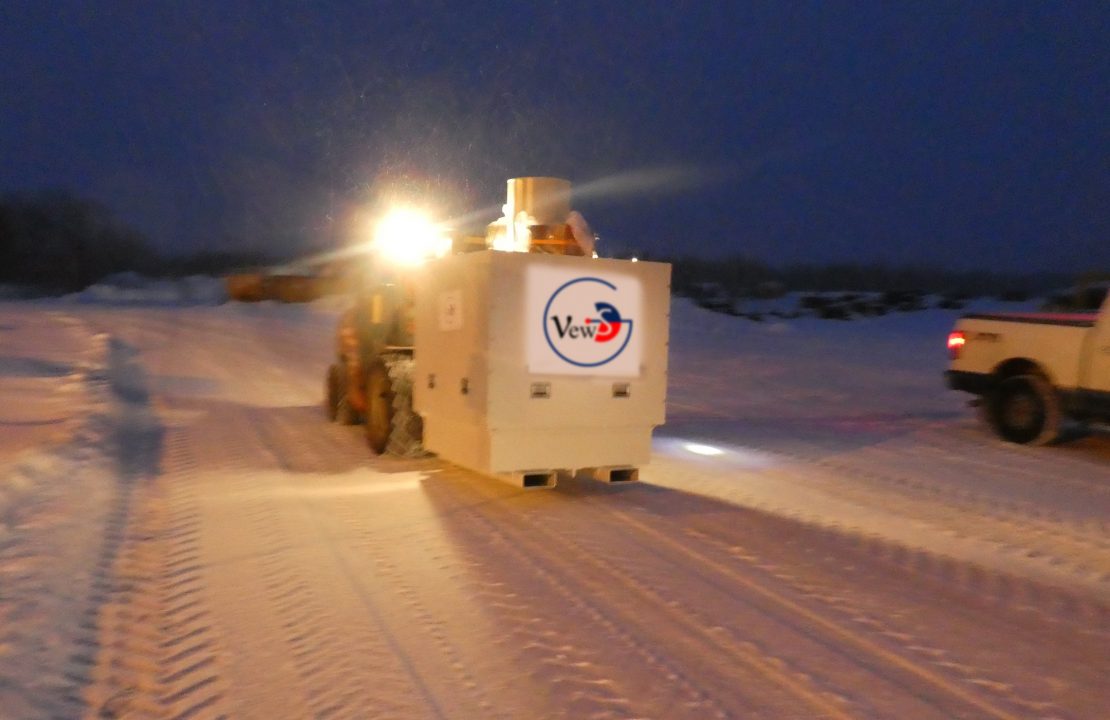 When operational, the NEWS-G experiment will be filled with helium gas which ionizes when a particle passes through. An electrode probe at the centre of the sphere will measure the characteristics of the pulses to determine the nature of the particle interaction. The researchers will be watching for signals that correspond to current dark matter theories. Known particles interact with the gas to produce a specific signal in the experiment that can be filtered from potential dark matter signals. 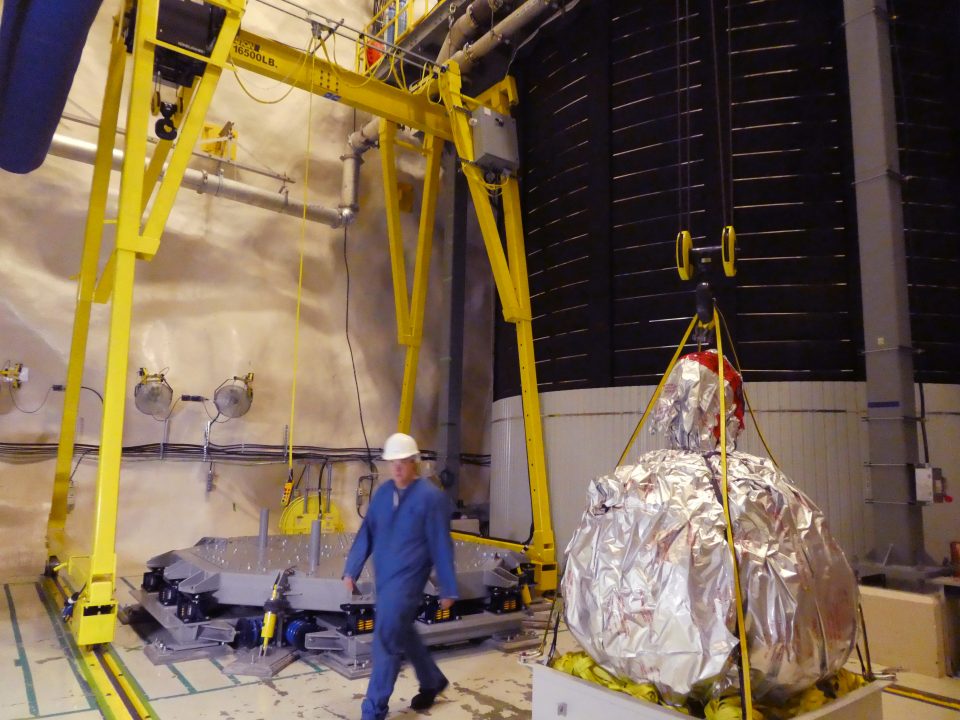 Dark matter remains one of the most significant scientific concerns for physicists. Movement from stars and galaxies indicates aggregate gravitational forces roughly five times greater than observed matter would explain. Detection of dark matter has yet to be confirmed. 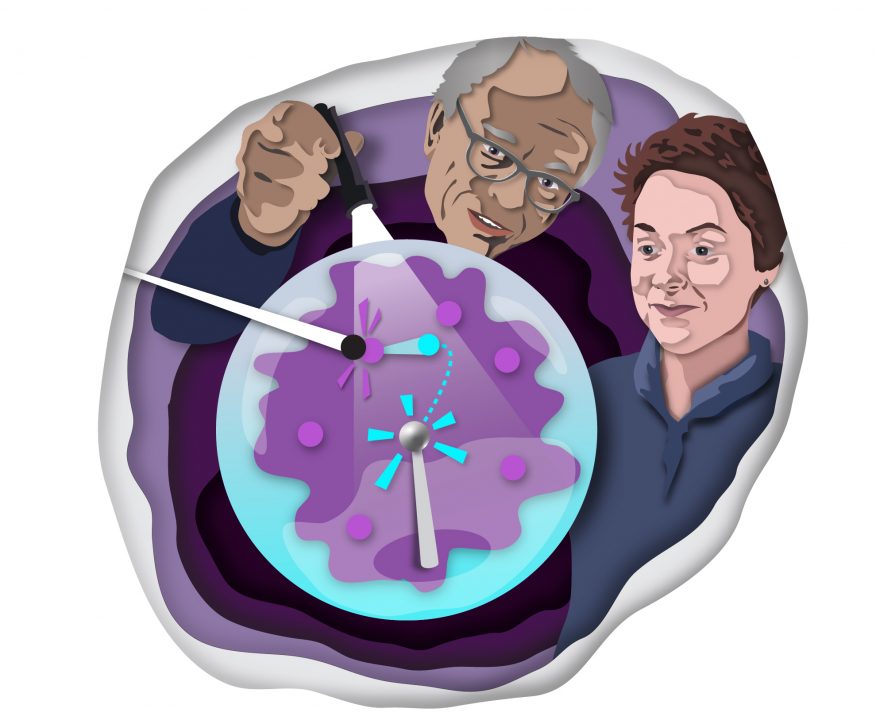