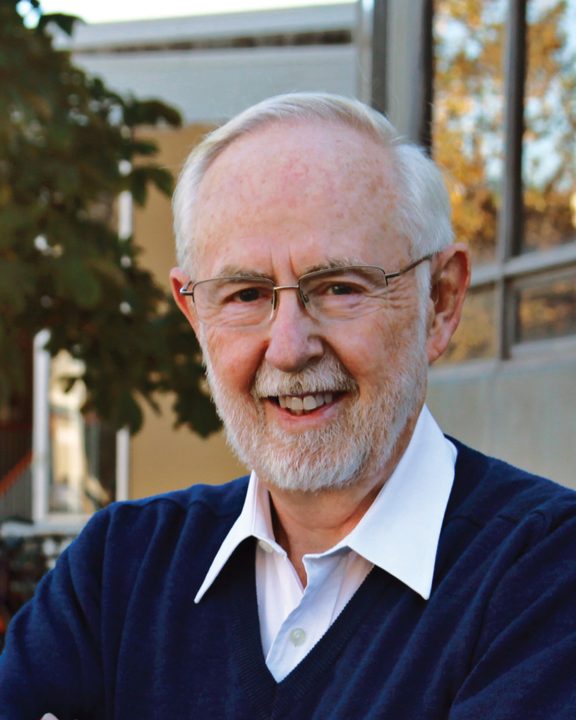 “With SNOLAB, Canada has become an international centre for the experimental elements of astroparticle physics. Our new Institute adds to that strong international capability through the development of a strong personnel component within Canada – it has created a new generation of researchers in this field. Additionally, the Institute creates an intellectual centre for interaction between theorists and experimentalists on topics at the cutting edge of particle astrophysics.” – Arthur B. McDonald

Art McDonald, CC, O. Ont, O. N.S., FRS, FRSC, P. Eng, is a native of Sydney, N.S. Canada. He has degrees in physics from Dalhousie University (BSc, MSc) and Caltech (Ph.D.) and twelve honorary degrees. Following his doctorate, he worked as a Research Officer at AECL Chalk River Laboratories from 1969-1982, then went on to be a Professor at Princeton University from 1982-1989. He returned to Queen’s in 1989 and worked as a Professor until 2013 when he became Professor Emeritus. During this tenure, he held the University Research Chair (2002-2006) and the Gordon and Patricia Gray Chair in Particle Astrophysics (2006-2013). He was Director of the SNO Institute from 1991-2003 and again from 2006-2009, and Associate Director of the SNOLAB Institute from 2009-2013. Since 1989, he has been Director of the Sudbury Neutrino Observatory (SNO) Scientific Collaboration.

Among the many awards he has received, he is a Companion of the Order of Canada, a Co-recipient of the 2015 Nobel Prize in Physics with Dr. Takaaki Kajita of the SuperKamiokande experiment. In addition, with the SNO Collaboration, received the 2006 John. C. Polanyi Prize and the 2016 Breakthrough Prize in Fundamental Physics. He continues to be active in basic research in neutrinos and dark matter and is a member of the Board of Directors of the Perimeter Institute.

As Director of the SNO Collaboration, Art was instrumental in the conceptual and physical design of the project, and in the eventual data-taking and analysis phases of the experiment. For years, scientists were confused because models of the sun predicted there should have been more solar neutrinos (neutrinos from the sun) than detectors picked up. This led to concerns that perhaps our models of the sun or our understanding of the basic laws of physics were wrong. The SNO experiment solved this problem by proving that neutrinos change ‘flavour’ as they travel from the sun to the earth, so some solar neutrinos appeared as a different flavour in our detectors. These findings and others such as the observation of the oscillation of atmospheric neutrinos by the SuperKamiokande experiment provided proof that neutrinos have mass. This requires changes to the Standard Model for Elementary Particles at a very basic level and has led scientists to re-examine the role played by neutrinos in the evolution of the universe. It was for his work and leadership on the SNO experiment, leading to the discovery of new properties of neutrinos, that Dr. McDonald was awarded the Nobel Prize.

Dr. McDonald’s achievements represent decades of collaboration in the astroparticle physics community in Canada and internationally. He inspires the pursuit of curiosity in inquisitive minds young and old.  In aligning with his legacy to foster the next generation of physicists in Canada, the McDonald Institute is honoured to share his name, and it serves as a reminder of his excellence and hard work that the Institute strives to emulate.

Back to About
Scroll Up