GIRLS Camp was ‘out of this world’. 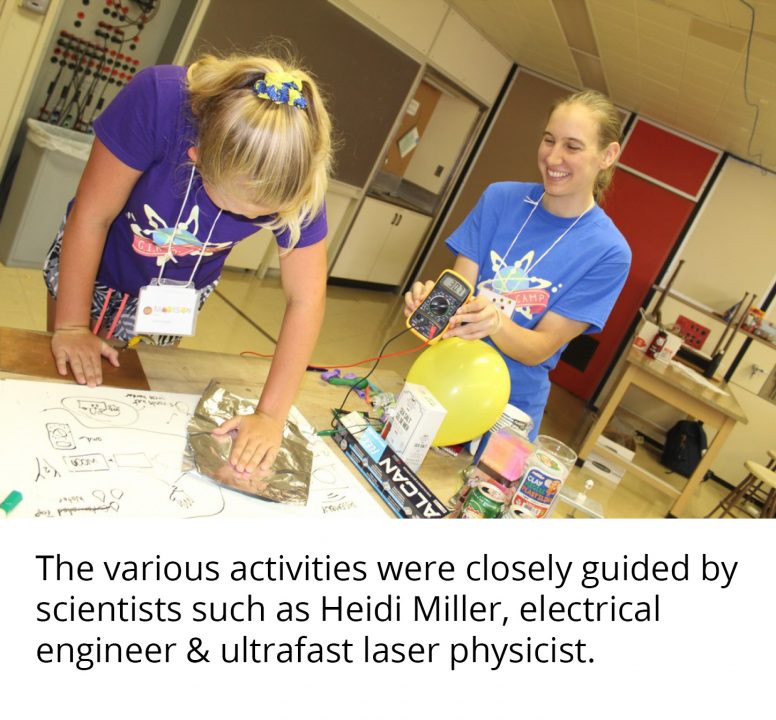 Kingston, ON – The fierce summer heat that lit Kingston this summer paled in comparison to the blaze of activity at the Queen’s University Physics building. A flurry of girls could be seen dashing around as the Girls In Research, Leadership & Science Summer Camp (GIRLS Camp) went underway. The young scientists, aged 11-12, spent a week participating in a series of laboratory experiments, projects, and activities that investigated some of the most elusive questions in physics from the nature of the cosmos to dark matter.

“I felt the camp helped [my daughter] come out of her shell. She obviously felt comfortable and the experience helped draw out her confidence.”

Parents of the campers were barraged by the students’ excitement for science each evening. Following a research presentation given to scientists and parents at the end of the week, one mother said, “I felt the camp helped [my daughter] come out of her shell. She obviously felt comfortable and the experience helped draw out her confidence.” The various activities were designed and guided by a staff team of leading scientists. Dr. Erica Caden, a research scientist at the prestigious SNOLAB research facility in Sudbury, Ontario, was responsible for training the staff as the GIRLS Camp teaching director. “Mentorship has been shown to be a key influence on retaining the interests of young girls in science,” said Caden. “All of the staff had a passion for sharing science and connecting with young researchers to have a lasting, positive influence in their lives.” 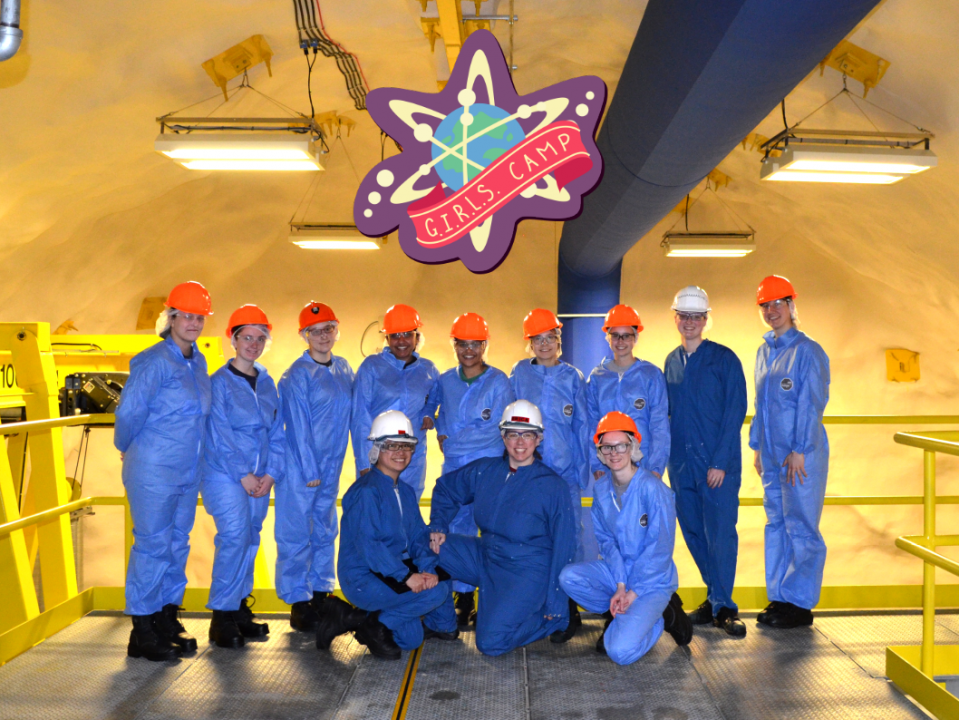 There is now overwhelming and incontrovertible evidence that diversity is beneficial to the growth and development of physics and astronomy. While programmes targeting undergraduate students have been increasingly popular over the last several years across Canada, GIRLS Camp was directed to increase the interest in youths. The long-term implications of developing an early interest in the sciences through GIRLS Camp was recognized and supported by the Queen’s University Department of Physics, Engineering Physics & Astronomy, the McDonald Institute for Particle Astrophysics, and SNOLAB.

In an anonymous survey, all of the responding campers and their parents said they were highly impressed by the camp, and would strongly recommend the camp in future years. GIRLS Camp was run by the GIRLS Initiative, an organization founded by graduate students at Queen’s University, plans to continue and expand their agenda in order to make science more accessible to historically underrepresented groups. The McDonald Institute and other funding partners have already expressed interest in the continued funding of the initiative.

Each of the participants received the Queen’s University Rising Scientist Scholarship following the camp.