Miriam started her career in physics right out of high school, when she was hired as a data analyst for the original SNO project. Several physicists, including Art McDonald on the SNO team, helped guide Miriam’s further education decisions and grant applications.

At Perimeter Institute Miriam worked with the theorists and would visit the experimentalists and became interested in the work they were doing. She developed a love of hands-on work with particle detectors, a passion that she followed into a Ph.D. in experimental physics at UofT. At the time, the LHC had just finished Run 1, and there were several dark matter prospects on the horizon. Miriam joined the dark matter search at ATLAS, and by the time she was finishing her Ph.D., the ATLAS team had covered much of the dark matter parameter space that she favoured at the time.

SuperCDMS (Cryogenic Dark Matter Search) is a direct-detection experiment that looks for interactions of dark matter in cryogenic germanium and silicon detectors equipped with sensors for the thermal energy of particle interactions. The low detection thresholds provide sensitivity to a variety of lower-mass dark matter candidates. SuperCDMS operated in an underground laboratory in Soudan, Minnesota until 2015; now the collaboration is building an even more powerful version of the experiment in SNOLAB. First operations are expected in 2020, and a CUTE (Cryogenic Underground Test Experiment) facility is opening this year to support the detector development and characterization.

“Being a physicist is about pursuing our understanding of the universe at its most fundamental level. Now that the cornerstone of the Standard Model has fallen into place with the discovery of the Higgs Boson, it’s time to shed some light on the “dark matter” that makes up approximately a quarter of the universe. This is the greatest treasure hunt ever undertaken!”

In the summer of my first year of undergraduate studies, I was hired as a research intern at Carleton University, doing data analysis for the Sudbury Neutrino Observatory (SNO) collaboration. I continued my work at SNO over the next several summers; the collaboration eventually shared the 2016 Breakthrough Prize in Fundamental Physics with four other neutrino experiments. I obtained my MSc through the Perimeter Scholars International program at the Perimeter Institute for Theoretical Physics in Waterloo. There, I was inspired to continue to further graudate studies in high energy physics from inspiring encounters with several of the physicists I most admire and my research experiences in the particle physics group.

For my PhD, I decided to return to the experimental side, searching for dark matter in the ATLAS detector – while I found theory fascinating, I missed the hands-on work with real data. I
spent several months on-site at CERN, and being in the ATLAS Control Room for the first stable particle collisions of Run 2 (as an on-call expert for the Beam Conditions Monitor) was one of
the greatest thrills of my life. My analysis work focused mainly on dark photon searches using “lepton-jets” produced in the particle collisions. As a post-doc at SLAC National Accelerator
Laboratory, I continued looking for dark photons — but this time on the Heavy Photon Search experiment, which is still ongoing. The experiment involves shooting a high-energy electron
beam into a fixed tungsten target, in hopes of producing dark photons and then detecting their electron-positron decay products in a highly sensitive silicon tracker and electromagnetic
calorimeter. I am now a Principal Investigator on yet another type of dark matter search, the SuperCDMS direct-detection experiment. 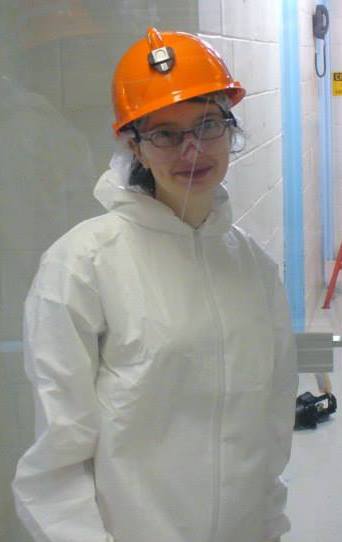 What are your research interests?

Searches for sub-GeV dark matter candidates, including Dark Photons, Axion-Like Particles, and Strongly Interacting Massive Particles. I am particularly interested in how novel detection methods, and complementarity between different types of dark matter experiments, can be
exploited to maximize overall discovery potential.

What are your areas of specialization?

How would you describe your work at the most basic level?

The longstanding quest to discover the nature of dark matter constitutes perhaps the greatest treasure hunt in history. We have convincing evidence that about a quarter of the universe
consists of matter we cannot yet account for, but whose gravitational effects can be seen in a variety of astrophysical phenomena. For several years, the leading dark matter paradigm has
been Weakly Interactive Massive Particles (WIMPs), hypothetical heavy particles motivated by theories such as supersymmetry that are “beyond the Standard Model” of particle physics.
The Large Hadron Collider has been searching extensively for WIMPs, as have “direct detection” experiments that seek to spot rare interactions of dark matter with Standard Model
particles. Yet the WIMPs haven’t shown up. While they may still exist (just with very feeble interactions, making them very di cult to detect), attention has been increasingly turning to a
zoo of other, lower-mass hypothetical particles. The challenge for the next generation of dark matter searches is to cover as many of these possibilities as we can.
SuperCDMS (Cryogenic Dark Matter Search) is a direct-detection experiment that looks for interactions of dark matter in very cold germanium and silicon detectors equipped with
sensors for the thermal energy of particle interactions. The clean, well-shielded detectors are operating deep underground, to avoid interference from cosmic rays. SuperCDMS operated in
an underground laboratory in Soudan, Minnesota until 2015. Now, the collaboration is building an even more powerful version of the experiment in SNOLAB, Canada’s world-leading
astroparticle physics facility located 2 km below the surface in the Vale Creighton Mine near Sudbury.

How does your collaboration with your key research facility partners work?

SNOLAB provides a unique low-background, highly-shielded environment in which to operate the SuperCDMS detectors. The on-site CUTE (Cryogenic Underground Test Experiment) facility
allows us to extensively study and calibrate individual detector modules before installing them in the main experimental setup. SuperCDMS detector commissioning at CUTE is currently underway; physics data-taking is expected to begin next year and span at least a decade.

I love small furry animals. My pets, Quark and Quasar the High-Energy Guinea Pigs, squeak enthusiastically when I talk to them about dark matter. 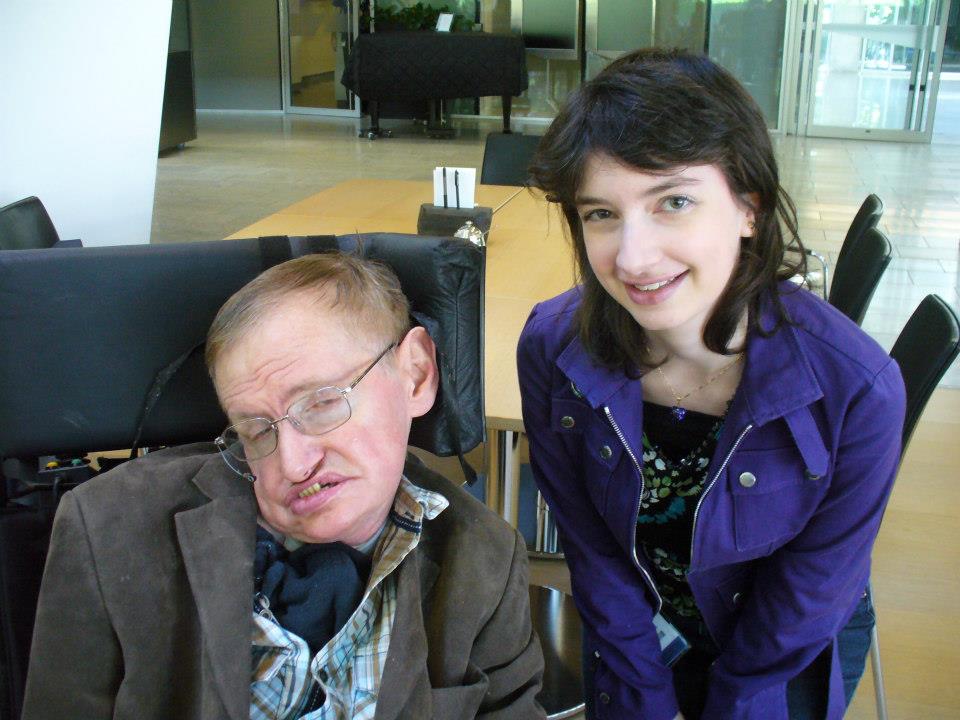 Searching for Light Dark Matter with the SLAC Millicharge Experiment.

Search for long-lived neutral particles decaying into displaced lepton jets in proton-proton collisions at √s = 13 TeV with the ATLAS detector.

Searching for long-lived particles beyond the Standard Model at the Large Hadron Collider.

MATHUSLA: A Detector Proposal to Explore the Lifetime Frontier at the HL-LHC