Leadership in Science: A Conversation with Dr. Art McDonald

Leadership in Science: A Conversation with Dr. Art McDonald

Join the McDonald Institute for an exciting talk on Leadership in the Sciences led by Nobel Laureate Dr. Art McDonald (Professor Emeritus, Queen’s University). Learn from Dr. McDonald’s personal journey in astroparticle physics about what characteristics, skills, and traits are essential when inspiring local, national, and international teams to pursue their scientific goals. This special event will be the final session for the pilot Professional Development and Learning (PD&L) series this summer. In celebration, this PD&L session is part of the McDonald Institute’s Annual Meeting hosted online this year. All are welcome to attend!

Please register for this special session and submit your questions for Dr. McDonald in advance HERE. 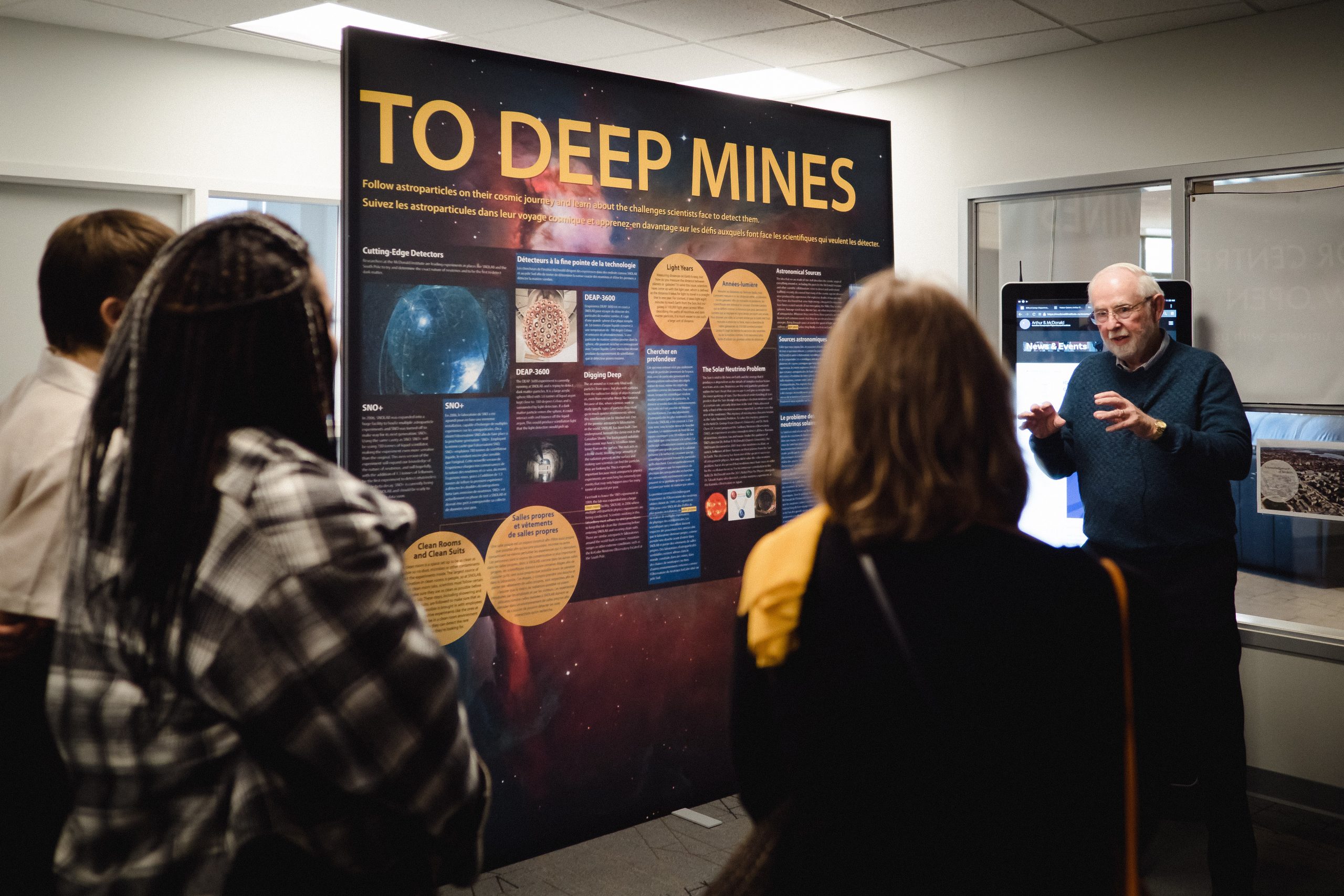 Dr. Art McDonald talks to artists in residence as part of the project DRIFT: The Art of Dark Matter (a collaborative project between the Agnes-Etherington Art Centre (Queen’s University), SNOLAB, and the McDonald Institute.

Art McDonald, CC, O. Ont, O. N.S., FRS, FRSC, P. Eng, is a native of Sydney, N.S. Canada. He has degrees in physics from Dalhousie University (BSc, MSc) and Caltech (Ph.D.) and twelve honorary degrees. Following his doctorate, he worked as a Research Officer at AECL Chalk River Laboratories from 1969-1982, then went on to be a Professor at Princeton University from 1982-1989. He returned to Queen’s in 1989 and worked as a Professor until 2013 when he became Professor Emeritus. During this tenure, he held the University Research Chair (2002-2006) and the Gordon and Patricia Gray Chair in Particle Astrophysics (2006-2013). He was Director of the SNO Institute from 1991-2003 and again from 2006-2009, and Associate Director of the SNOLAB Institute from 2009-2013. Since 1989, he has been Director of the Sudbury Neutrino Observatory (SNO) Scientific Collaboration.

Among the many awards he has received, he is a Companion of the Order of Canada, a Co-recipient of the 2015 Nobel Prize in Physics with Dr. Takaaki Kajita of the SuperKamiokande experiment. In addition, with the SNO Collaboration, received the 2006 John. C. Polanyi Prize and the 2016 Breakthrough Prize in Fundamental Physics. He continues to be active in basic research in neutrinos and dark matter and is a member of the Board of Directors of the Perimeter Institute.