Through observing the way galaxies spin, scientists realized that there wasn’t enough matter in them to keep them from flying apart: essentially, there was ‘missing mass’ that couldn’t be accounted for considering only visible matter (stars, galaxies, dust, etc.).

This was the first observation of dark matter and, although it has yet to be detected directly, scientists have confirmed it exists through additional observational data – measuring the way it affects other objects in the universe. Now thought to make up 27% of mass in the universe, dark matter got its name because it doesn’t interact with or emit on the electromagnetic spectrum (all types of light and radiation we can detect and observe). We can only observe it based on its gravitational effects within the universe, so most of our usual observation tools don’t work for dark matter. As a result, one of the major focuses of astroparticle physics, and of the work being done by McDonald Institute researchers, is directly detecting dark matter. 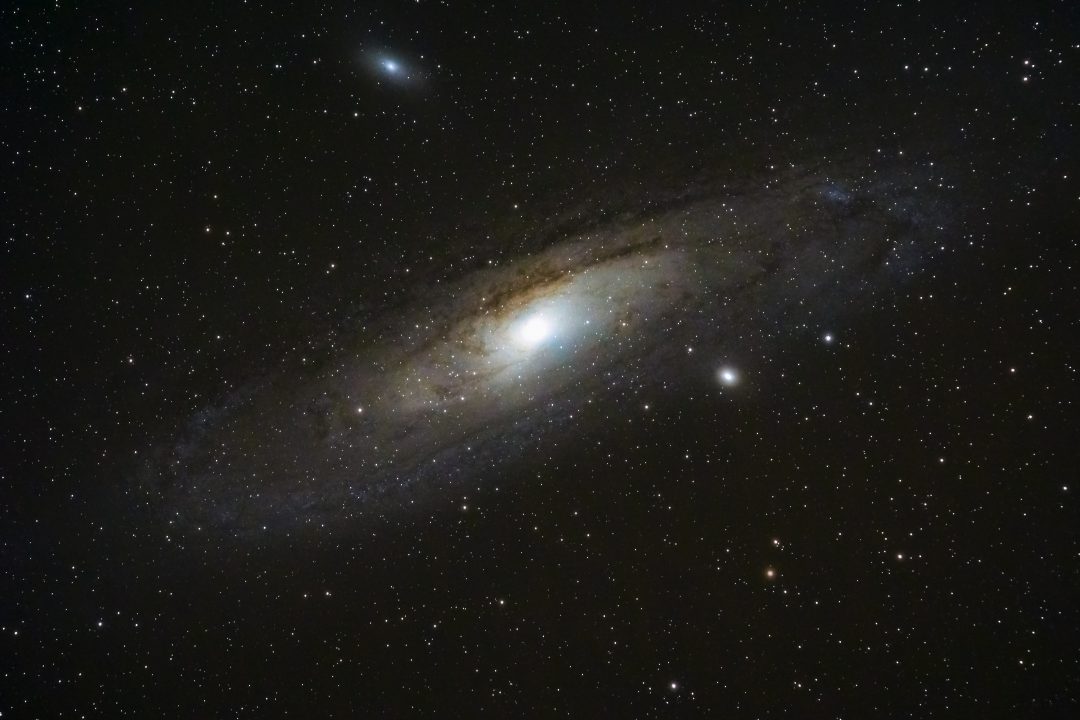 Dark matter particles are predicted to be extremely small, and weakly interacting – partly because, until now, attempts to detect them have been unsuccessful. This means that experiments designed to detect them need to be extremely sensitive to particle interactions and incredibly well insulated from any other particles (including background radiation) that could interact and drown out dark matter in the data. For this reason, dark matter experiments are located deep underground, like at SNOLAB, where there are kilometers of rock to filter out unwanted particles. The target material (where scientists hope to observe dark matter interactions) is nestled within additional shielding and surrounded by powerful sensors ready to capture the slightest interaction.

Learn more about the dark matter experiments McDonald Institute researchers are working on.

The PICO collaboration uses bubble chamber technology to detect dark matter particles. The ‘bubble chamber’ holds superheated liquid that boils if enough energy is deposited in it, creating bubbles when certain particles interact inside. The sound the bubbles make as they are formed gives scientists clues about the type of particle that created them.

The Cryogenic Dark Matter Search (CDMS) is attempting to find dark matter particles using silicon and germanium crystals cooled to almost absolute zero. Scientists predict that when a dark matter particle interacts with the crystals, it will cause the crystals to vibrate. The nature of the vibration would provide information about the particle that caused it. SuperCDMS SNOLAB, one of the most sensitive dark matter detectors in the world, will soon be installed at SNOLAB.

The DEAP-3600 experiment is currently running at SNOLAB and uses a liquid noble gas to detect dark matter. It is a large acrylic sphere filled with 3.6 tonnes of liquid argon kept close to -180 degrees Celsius and surrounded by light detectors. If a particle enters the sphere, it should interact with the liquid argon, producing ultraviolet light that the light detectors would pick up. If enough of the detectors record the light, the interaction is recorded and reviewed so scientists can determine if it was a dark matter particle.

New Experiments with Spheres-Gas (NEWS-G) is a new technology being developed to detect dark matter particles. It uses a copper sphere filled with a noble gas, which will be ionised when a dark matter particle passes through. A probe at the centre of the sphere will measure characteristics of the ion to determine if it is a dark matter particle. Current prototypes are being tested in an underground laboratory in France, and the final version of the experiment will be installed at SNOLAB.

Back to Science & Education
Scroll Up