Neutrinos are the tiniest particles in the universe. Experiments like SNO have shown that neutrinos do have mass, something that for a long time scientists weren’t sure about. We haven’t been able to measure the actual mass yet, but we know it must be very small compared to other particles. This raises questions about whether neutrinos get mass the same way other particles do, or if it might happen through other physics we don’t yet understand. 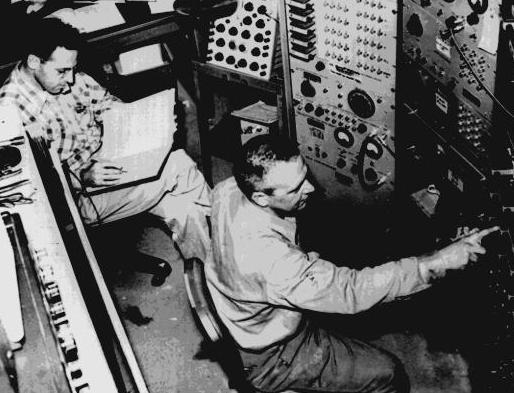 Many neutrino experiments are looking for a radioactive decay process called neutrinoless double beta decay – if observed, it would prove that the neutrino is its own antiparticle (every known particle has a corresponding antiparticle). This could lead to more understanding about the imbalance between matter and anti-matter in the early universe, which ultimately led the universe as we know it today (and everything in it, including us) to form. Neutrinoless double beta decay would also help us to learn more about neutrinos’ mass. Scientists are also studying neutrinos to learn more about the solar fusion that powers our sun, supernova explosions, and why the inside of the Earth is hot.

Because neutrinos are so small, experiments to detect them need to be incredibly sensitive and well-insulated from radiation. Neutrinos are so small they usually pass through the empty space in atoms, so need to have a lot of target material to increase the chance of detecting an interaction. Neutrino experiments are set up deep underground, where background radiation can be filtered out by rock or ice.

Learn more about the neutrino experiments McDonald Institute researchers are working on.

SNO+ is a neutrino detector re-using the vessel and underground space from the original SNO experiment. Rather than the heavy water used in SNO, SNO+ uses liquid scintillator which gives off light at the slightest interaction. This makes SNO+ far more sensitive to neutrino interactions than SNO. One of the goals of SNO+ is to be the first experiment to detect neutrinoless double beta decay.

IceCube is a neutrino detector that is embedded in the ice in Antarctica. It consists of sensors buried up to 2.5 km below the surface in a cubic kilometre of ice. The ice acts as shielding to filter out unwanted particles, so that most of those that reach the area around the sensors are neutrinos. When a neutrino interacts in the ice, it creates a shower of secondary particles and light that are picked up by the sensors. Using information about the particles and light created, scientists can learn more about the neutrinos.

The nEXO experiment will use five tonnes of enriched xenon to learn more about neutrinos. In addition to trying to determine the mass of neutrinos, it will attempt to observe neutrinoless double beta decay.

The Helium and Lead Observatory (HALO) is a dedicated neutrino detector that uses 79 tonnes of lead and helium-3 neutron detectors. When a supernova explodes, it releases a burst of neutrinos. These neutrinos reach Earth before the supernova light does. HALO is part of the worldwide Supernova Early Warning System (SNEWS) that alerts astronomers around the globe when a supernova neutrino burst is detected, allowing them to point their telescopes at the supernova in time to observe its light.

Back to Science & Education
Scroll Up