Science at the McDonald Institute

Something strange is happening in the universe. There are still phenomena we can’t explain. Every time we learn something new and look further back in the history of the universe, more questions arise.

What is dark matter? Why did the big bang create more matter than antimatter, allowing the universe to form? What is the nature of neutrinos? Does the Standard Model accurately describe the universe, or do we need a new model?

For all the discoveries we’ve made, all the technologies that have allowed us to learn more about the universe, there are still mysteries we don’t understand.

Astroparticle physics is a relatively new field of science, bringing together lab experiments, astronomical observations, theoretical physics, and computational physics. By using approaches from these different areas, astroparticle physicists can combine knowledge in new ways and gain a different perspective on the mysteries of our universe. Canada has already established itself as a global leader in astroparticle physics, and the McDonald Institute brings together research groups in different disciplines to create a collaborative environment for future growth and leadership. 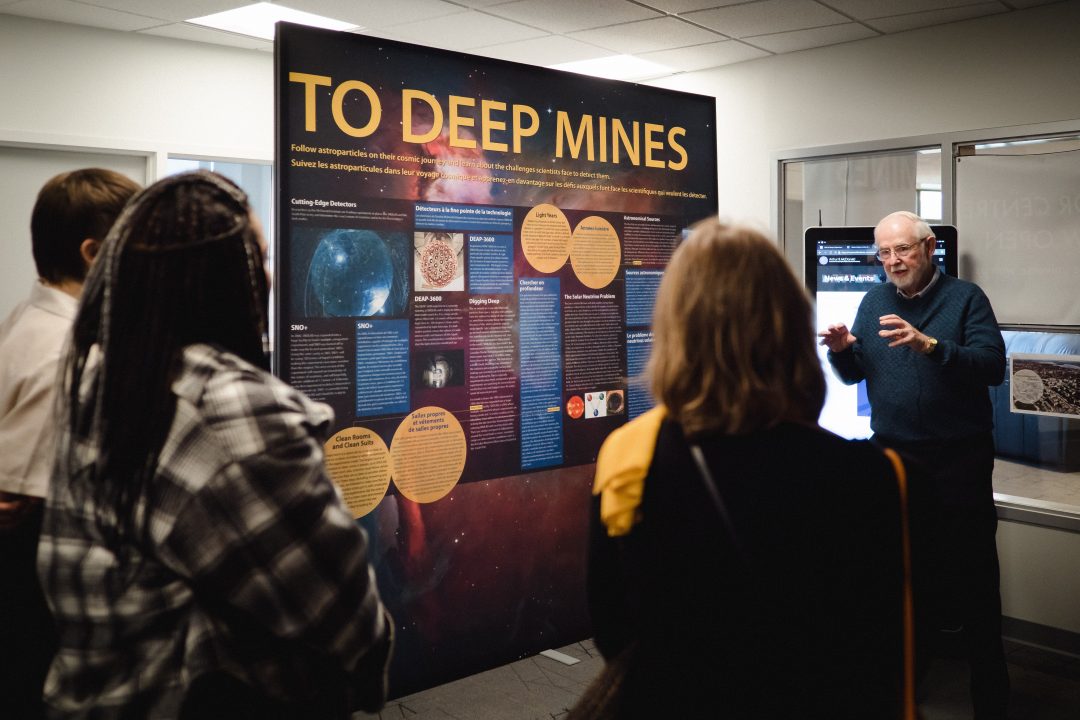 The Standard Model, which streamlined our understanding of the physics forces that govern the universe, was developed in the 1960s and has remained largely the same since then. In the past decade, however, advances in particle physics, cosmology, and astroparticle physics have helped us better understand what we still have to learn. Some of these discoveries, like dark matter and the quantum nature of gravity, don’t fit within the Standard Model. Although experiments at particle accelerators have confirmed the Standard Model’s predictions to be accurate, most physicists now believe there are some areas of physics it cannot explain that we still do not understand.

Astroparticle physics is a way of exploring these new physics, and it has been successful in observing physics outside the Standard Model in the form of measuring neutrino oscillations (the changes that the tiniest particles in the universe undergo as they travel through space).

Astrophysics and cosmology present a number of questions that may require physics beyond the Standard Model. Chief among these is the presence of nonluminous dark matter, which explains the rotation of galaxies and the motions of galaxies within clusters.

A major thrust of the McDonald Institute is to create a centre with the necessary expertise to develop the next generation technologies.

Education at the McDonald Institute

At the McDonald Institute, we are developing content and resources that we hope are useful for classrooms and teachers across Ontario and Canada. This will grow to become a repository of different resources and how they tie in to different curricula.

Visitors can learn more about the science and scientists of the McDonald Institute at our visitor centre. Come explore the universe with us!

The McDonald Institute supports hundreds of astroparticle physics researchers through faculty recruiting, financial support for students and fellows, and an array of competitive funding programs. These publications capture a portion of the research outputs of scientists who are associated with the McDonald Institute, along with their many colleagues around the world.